You are here: Home » Business Guides

10 keys for doing business in Belarus 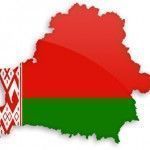 by Rubén de Pedro Domingo*   The high degree of unawareness among the majority of western countries about Belarus (middle-sized Eastern European country, counting about 10 million inhabitants) is probably hiding one of the best business environments in its region. Being the main frontier of the Eurasian Economic Community customs union with the European Union, business in Belarus is the ... END_OF_DOCUMENT_TOKEN_TO_BE_REPLACED

Keys to doing business in the Baltic countries

30 September, 2013 Comments Off on Keys to doing business in the Baltic countries 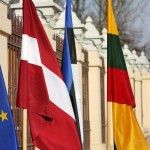 By José María Rodriguez Clemente* The Baltic Countries were not just the first European economies to recover from the crisis of 2009 (their GDP began to grow already in the 3rd quarter of that year), but they also lead the ranking of growth in the European Union now.  Moreover, they are still net beneficiaries of the structural funds assigned for the ... END_OF_DOCUMENT_TOKEN_TO_BE_REPLACED 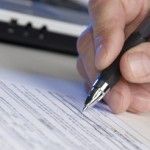 The United Arab Emirates (UAE) is in the Middle East, bordering the Gulf of Oman and the Arabian Gulf, between Oman and Saudi Arabia. The UAE has an open economy with a high per capita come and a sizable annual trade surplus. With Abu Dhabi and Dubai as its dual financial centers, the UAE has long commanded economic superiority in ... END_OF_DOCUMENT_TOKEN_TO_BE_REPLACED 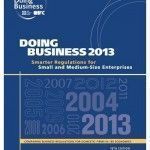 The tenth edition of the famous and prestigious annual survey conducted by the World Bank which analyzed and evaluated 185 countries of the world according to 10 criteria for doing business. The criteria evaluated are: Starting a Business. Dealing with construction permits. Getting electricity. Registering property. Getting credit. Protecting investors. Paying taxes. Trading across borders. Enforcing contracts. Resolving insolvencies                             . ... END_OF_DOCUMENT_TOKEN_TO_BE_REPLACED

18 December, 2012 Comments Off on Africa New Opportunities for Business 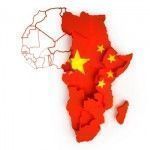 This report by from the Economist Intelligence Unit examines the potential risks and challenges of the African continent for doing business. Among others the report treats the following topics: Reasons for economic growth in Africa. The consumption boom. Foreign investment flows. Investments from China. Besides the great opportunities offered by Africa, there are also risks as existing inflation, infrastructure crisis ... END_OF_DOCUMENT_TOKEN_TO_BE_REPLACED

11 December, 2012 Comments Off on Exporting to Europe Guide 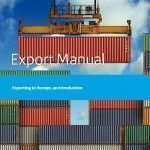 The Guide Exporting to Europe gives a complete overview of the European (EU and EFTA) region, providing with the basic knowledge that exporting companies need in order to decide whether or not it would be interesting to start exploring export possibilities for Europe in a specific sector. This guide is a co-publication of CBI and SIPPO and among others treat ... END_OF_DOCUMENT_TOKEN_TO_BE_REPLACED

29 November, 2012 Comments Off on Guide to International Business Location Costs 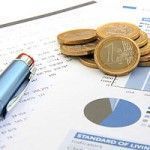 In most industries today, companies have to operate internationally to stay successful and grow. This guide made by KPMG (the consulting and tax company) contains valuable information for any company locating international business operations. Based in all regions of the globe, this guide offers locally relevant, the industry-specific knowledge that can help support expansion and relocation decisions. The main objectives ... END_OF_DOCUMENT_TOKEN_TO_BE_REPLACED 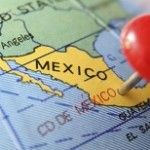 Mexico is a country of huge potential that has demonstrated stable economic growth. It is a dynamic market that according to International Monetary Fund analysis will be the 9th. the economy in 2020. This guide from UK Trade & Investment advise companies about how to start doing business in Mexico. Among others the guide treats the following topics: Economic situation ... END_OF_DOCUMENT_TOKEN_TO_BE_REPLACED

India permits 100% foreign equity in most industries. Companies setting up in export-processing zones or special economic zones, operating in electronic hardware or software technology parks, or operating as 100% export-oriented units also may be fully foreign owned. Foreign direct investment (FDI) in India is approved through two routes: automatic and government approval. The automatic route is the simplest for ... END_OF_DOCUMENT_TOKEN_TO_BE_REPLACED 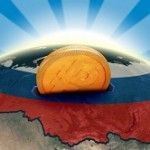 Russia Investment Guide: practical Guide from the Economist Intelligence Unit that includes a checklist of document required for a foreign legal entity (FLE) to open a representative office in Russia. Besides other issues about foreign investment in Russia are treated: Establishing a local company Requirements for a Joint Stock Company (JSC) Acquisition of an existing firm Acquisition of real ... END_OF_DOCUMENT_TOKEN_TO_BE_REPLACED