You are here: Home » Uncategorized » Business in India: Keys to Negotiate and Etiquette
Descargar en PDF Download in PDF

Business in India: Keys to Negotiate and Etiquette

Business in India offers great opportunities to exporters and investors of western countries in an enormous and  expanding consumer market of over 1.300 million people, and with more than a quarter of the world’s population under 25 years, that will be world’s third largest economy by 2030, after China and the United States.

If China is considered the “world’s workshop” India is becoming the “world’s laboratory” since its economic potential focuses more on research and services (60% of its GDP) specially y Information technologies.

A good understanding of the underlying values, beliefs and assumptions of Indian culture and how they manifest themselves in the market and workplace is essential for the success of business.

India is a vast, populous and diverse nation encompassing many different identities, languages, cultures and religions. Though it is really difficult to make generalisations about Indian culture, there are, however, a few tips that can help understand business culture in India and guide to successful negotiations with clients and partners.

In this article we offer you some of the keys to negotiate in India as well as the main rules of etiquette that must be complied with in commercial relations with Indian companies. 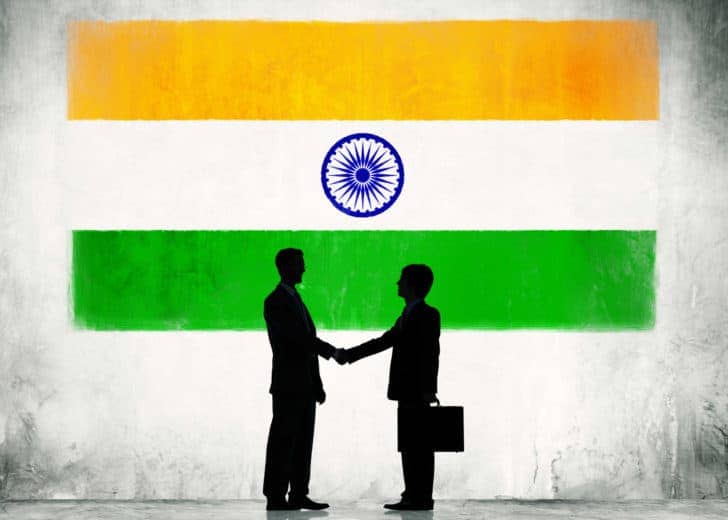 KEYS TO NEGOTIATE IN INDIA

● To do business in India it is practically essential to have a collaborator or local partner. When you try to sell industrial products you should hire an engineer to act as a representative exclusively for the For consumer products the figure of commercial agent will open important doors. Without his help, you can have problems penetrating the country’s complicated business network.

● In alliances with a local partner, the most usual thing is to create a joint venture and provide your company’s technology. It is better to set up a new company than to acquire part of an existing one, in order to avoid difficulties later on.

● The offers presented must be competitive. Value for money is becoming increasingly popular. Technical assistance that can be lent and training that is offered to company employees are critical factors when taking decisions.

● When negotiating prices, Indians tend to be tougher and usually haggle. It is better to be firm and not give in too easily because this will inspire respect in the other party. An alternative to the request for lower prices is to offer financing facilities. Interest rates in India are higher than in the West, so this is an important advantage for them.

● Negotiations must be held at the highest level. The business culture is very Middle managers do not take decisions, although they steer proposals and give advice about them. One of the key tasks of the collaborator or local partner is to find the right per- son in each company to negotiate and conclude the agreement.

● The negotiation process is slow. You should give the information There will be several meetings before the most important aspects are negotiated.

● The atmosphere of the meetings is formal. You should aim to be re- served and Emotional arguments or attitudes are frowned upon. Nonetheless, once the relationship has reached a certain level of trust the “sentimental factor” is indeed important for doing business.

● Harmony among the parties is essential for successful negotiation. The use of aggressive tactics, confrontation or pressurising to reach a decision is counterproductive.

● On occasions, Indian negotiators may show a certain air of superiority with westerners. You should not forget that their civilisation is five thousand years old.

● Indian negotiators never give a straight “no” because they consider it impolite to do so. Instead they evade the issue, use the expression “we’ll try” or try to prolong the negotiations. In this last instance they entrust a subordinate to finalise contacts with foreign negotiators.

● In Indian culture overall agreement is not binding. Thus agreements must be set out in written contracts that are usually quite detailed. It is also usual to use Memorandums of Understandings (MOUs) as documents to initiate a negotiation, although they are not In any case, it is thought that the agreements in practice will be different from how they were planned and even set out in the con- tracts.

● The traditional greeting consists of placing your palms together with the thumbs pointing up under the chin, a slight lowering of the head and uttering Namaste (pronounced na-mas-tai), meaning “I am at your disposal”.

● Other forms of physical contact in the greeting (embraces, pats, kisses, etc.) are frowned upon. Indian culture is very traditional and does not allow gestures of affection in public.

● During the negotiation Indians often sway their head from right to This gesture does not have a negative meaning but indicates that they understand what is being said; it must not be interpreted either as a sign of consent or approval.

● Social status is particularly important in business relationships and is determined by age, university qualifications, caste and profession. Civil servants have more prestige than employees in the private sector.

● In conversation you should avoid topics about poverty, religion or relations with neighbouring Pakistan. Talking about the climate is not an excellent choice either because it is usually very hot and humid. Favourite topics are: art, life in other countries and the cinema (India is the world’s largest producer of films.

● Indians regard their country as a world power and they can become upset if foreign visitors think otherwise. Ignorance of the country’s culture is frowned upon. Take care not to offend and brief yourself thoroughly before travelling to the country.

● The best time to arrange appointments with Indian managers is before or after lunch (at 00 or 16.00).

● At the beginning of the meeting they usually offer tea or refreshments. The custom is to reject the first time and accept the second or third Rejecting the drink can be counterproductive. You should drink slowly if you do not want another drink.

● At the first meeting you do not need to give gifts. Later on or when the deal is concluded, a bottle of whisky, a bright coloured tie or a box of spices (saffron is greatly appreciated) can be good choices.

● Dress is At meetings of a certain level you should wear a suit and tie. You should avoid accessories (belts, briefcases) made from cow hide.

To get complete information about doing business in 70 countries click here: