Posted by: Olegario Llamazares on 3 March, 2016 in Emerging Markets, International Contracts Comments Off on Contracts in India: Key Points

When foreign companies are required to enter into Contracts in India, they often consider using the same models of international contracts than in Western countries, especially those which are governed by the Common Law system, given that, due to historical and political ties between India and United Kingdom -including membership in the Commonwealth- the Indian legal system is based on the Common Law System.

While it is true that India adopted its legal system from English law, and the basic principles of the Common Law as applied in the UK are largely prevalent in India, foreign companies need to make some adaptations to the Law and Indian business culture when negotiating and drafting contracts in the country to ensure adequate protection in case of breach of contract.

This article contains an outline of the legal system in India as well as the Contracts Templates used in India, and offers readers the key issues for negotiating and drawing up contracts In India and remedies for breach of contracts.

THE LEGAL SYSTEM IN INDIA AND CONTRACT LAW

The Indian Judicial Structure provides for an integrated system of courts to administer both central and state laws. The legal system in India has a pyramidal structure with the Supreme Court being at the apex, with a High Court in each State or group of States and under the High Courts there being a hierarchy of subordinate courts. Article 141 of the Constitution of India provides that was is declared by the Supreme Court shall be binding on all courts within the territory of India. Apart from courts, tribunals are also invested with judicial or quasi-judicial powers by Special Statutes to decide controversies or disputes relating to specified areas.

In the event that a company is seeking to export and distribute goods to India, any contract for sale and export would be governed by The Sale of Goods Act, 1930 (“Goods Act”) and the general principles of The Indian Contract Act, 1872 (“Contract Act”). These Acts are predominantly based on principles of English Law. Any export of goods to India is a contract of sale of goods whereby the seller transfers or agrees to transfer the ownership of the goods to the buyer for a price. Under the Goods Act, a distinction is made between ‘Sale’ and ‘Agreement to Sell’. In a ‘Sale’, the property is transferred from the seller to the buyer forthwith. In an ‘Agreement to Sell’, the transfer is to take place at a future time or subject to certain conditions to be fulfilled. An ‘Agreement to Sell’ becomes a ‘Sale’ when the stipulated time elapses or the conditions subject to which the property is to be transferred are fulfilled. 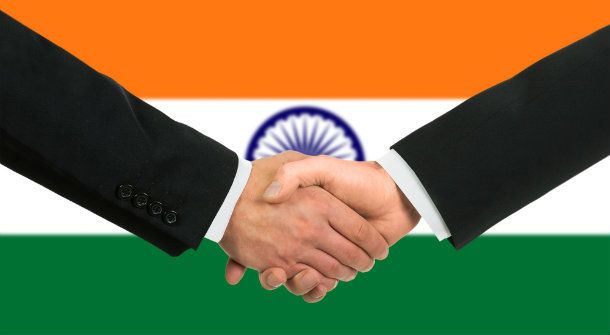 THE MOST COMMONLY USED COMMERCIAL CONTRACTS IN INDIA

In commercial relations between foreign companies and Indian companies, it is usually foreign companies which take the initiative in drawing up contracts, which, however, should be adapted to Indian practice and laws. The Indian party will look at the draft contract brought by the foreign party and will renegotiate what it considers being the most important clauses.

The contracts most commonly used by foreign companies which do business in India are:

Some of the key issues relating to Indian contracts are explained below. It should be borne in mind that several of the points that are made in this legal context also have relevance to the negotiation of commercial agreements generally. These notes relate to drafting and signing contracts under Indian law and commercial practices in the country.

The date usually appears at the beginning of the document but it is normally the last item to be completed as it will usually be dated when it has been signed by all parties. Sometimes, however, work under an agreement will start before – or perhaps some time after – the date which appears in the agreement. This can be catered for in the language of the contract. For example, in our Agency Agreement (Doc IN101) there is a defined “Commencement Date” which specifies the date upon which performance of the Agreement commences.

Be sure to insert full and accurate details here. The details will vary depending on whether a party to the contract is a company, partnership, individual or some other entity, and whether the party is based in India or another country.

Prior to entering into a contract, one or both of the parties may need to comply with exchange control regulations. Appropriate checks should be made of such compliance.

Indian income tax laws allow the tax to be withheld in respect of any sum paid to a foreign person. Provisions of the Double Taxation Avoidance treaty should be considered while negotiating the Agreement.

It is advisable that Automatic Early Termination is made applicable when there is an Indian counter-party. In other words, the contract should contain a clause allowing a party to terminate it in certain defined circumstances. However, care must be taken in drafting the events that constitute a bankruptcy event since it is quite common for a creditor (especially in India) to issue a bankruptcy notice and at times institute proceedings more as a pressure tactic on the debtor rather than in the hope of succeeding in the proceedings.

In India, as is the case in the UK, the term “bankruptcy” is used in cases of individuals only. Companies are either “wound-up” or “liquidated”. In respect of claims against a company in liquidation, Indian Courts would treat the naked exposures of a foreign counter-party as an unsecured debt and accordingly subordinate any such claim to those of secured creditors and other statutory dues. It is, therefore, advisable to include safeguards to provide leading indicators, which would enable a foreign counter-party to terminate before a liquidation order is passed or a liquidator appointed.

In order to be enforceable, some documents have to be duly stamped. Accordingly, the foreign counter-party should ensure that it is appropriately stamped in accordance with Indian laws.

It is usual for each party to a contract to retain one original. Thus, where there are two parties, two original copies should be signed and one retained by each party.

A contract can only be effective if the necessary formalities to create a binding agreement between the parties have been observed. If in doubt, obtain legal advice from lawyers in the appropriate jurisdiction.

The underlying purpose of having a signature witnessed by a third party is for evidential reasons. The witness would be able to confirm that the signature on the agreement is indeed the signature of the party whose name appears.

In India a contract may be effective without any signatures being witnessed although it is always advisable to have a contract attested by witnesses. In some countries, in order to be legally enforceable, the contract may have to be signed before a notary public. As different jurisdictions have different rules, always check the position before the end of the contract.

When a signature is witnessed, as well as signing, it is sensible for the witness to write their name in block capitals and insert their home address.

In India, international contracts are drawn up in English which is one of the two official languages of the country (the other is Hindi) and the language used in communications with governments of all states and the Courts. In business relations with foreign companies it is quite exceptional to use contracts in bilingual versions: French-English, Spanish-English, German-English, etc.

Opting for litigation as the mode of dispute resolution, even if foreign law is chosen as the governing law, is not advisable. Orders passed in most jurisdictions (e.g. New York) are not recognized in India. Arbitration would be a preferred mode of dispute settlement especially since foreign arbitral awards are recognized and enforced in India.

The framework of arbitration in India is based on maximum party autonomy with minimum judicial intervention. Arbitration is recognized in India as an expeditious and cost effective mechanism for dispute resolution. A large number of commercial contracts in India contain an arbitration clause as a part of the parties´ agreement to resolve their disputes through arbitration rather than to Courts.

From the key issues that have been mentioned above it is evident that as far as drawing up and signing international contracts in India is concerned, commercial practices are fairly similar to those in Western countries (mainly the United Kingdom) and based on the basic principles of Common Law, although some significant differences appear; it should also be noted that when specific issues or questions between the parties arise legal advice should be sought.