Before entering into an agreement with a commercial agent overseas, export companies need to have a model of International Comercial Agency Contract that regulates the relationship between the exporter (the “principal” in the contract) and the agent. When drafting and negotiating this type of contract template, companies must take into account the following:

Before specifying the territory covered by the agreement, find out what is the custom in the area. China, for example, is a vast country and one agent is unlikely to have the capacity to cover more than a part of the country. Your prospective agent will want as big a territory as possible and he might even want to cover neighbouring countries e.g. an agent in Dubai might suggest he represents you in all the GCC states. Resist this even if he has the ability, start with a limited area and see how it develops. It is much easier to enlarge than reduce the territory. And always be specific – don’t, for example, refer to Europe or the Middle East or South East Asia but instead specify which countries are covered.

There is no need to include all your products, especially if you have a diverse range: as with territory, start with a manageable list and you can always expand it. Or you might want other agents for some products. Make it clear in the agreement and ideally list the products in a schedule.

State which applies. Whether or not the agreement is exclusive in the territory, remember to deal with sales to other territories: what are the agent’s right to commission if he finds a buyer for another territory or a buyer in his territory who wants to have the goods delivered somewhere else? And if you want to make direct sales to certain existing customers that you already have in the territory where the agent will get no commission or a reduced amount, spell this out. You might in these circumstances refer to him as your sole agent rather than exclusive agent, making it clear that he only receives commission on the sales that he makes, whereas an exclusive agent may claim commission even if he is not involved in making the sale. 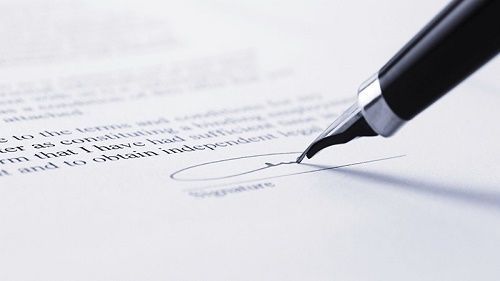 What is the initial term of the agreement? If you have not already had a trial period, make it long enough to give the agent time to get established and into the market with your products, but no longer. Include a provision that allows the agreement to be rolled over for another period – e.g. 2 years initially and then from year to year until terminated.

In your agreement, set out:

It is useful to specify these in the agreement – so that you can monitor performance. You need to agree the initial targets with the agent – and allow in the agreement for new or adjusted targets to be set in future years. Another reason for having targets is that this can be useful following termination to challenge an excessive claim for compensation if you can show the agent under-performed.

In addition to promoting sales, you may want to include such things as:

And perhaps arranging transport and hotel accommodation for you and your staff when visiting the territory.

Apart from paying the agent, you may want to spell out some of the activities you will perform such as:

It is sensible to have a clause that makes it clear that you own the intellectual property in your products and that the agent has only limited rights for the duration of the agreement and is prohibited from doing anything to infringe your intellectual property rights. The clause may also require him to alert and assist you if any counterfeit products appear in the territory.

Although in some countries termination might not be as easy in practice as the contract terms may suggest, you should always include a provision that at the very least allows you to terminate the agency if the agent:

Sometimes a change of ownership of the agency might justify termination. And the agent should have a right to terminate if you fail to pay commission.

Compensation may be payable on termination – in some countries even if the agent has performed badly – so be careful not to exercise your rights under such a clause until you have assessed the likely implications – and taken legal advice. 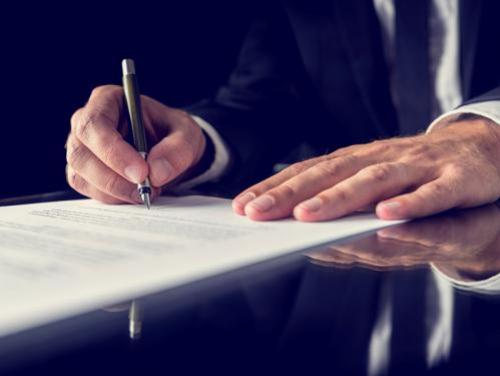 You may want a provision that prevents him from acting as agent for a competitor both during the life of the agreement and at least for a time, maybe 6 or 12 months after it finishes.

When the two parties do not share the same language, which is very common in international trade, it is advisable to use a commercial agency contract in two languages, English-Spanish, English-French, English-German. This fact is even more relevant when hiring an agent in countries like China or Russia. In Globalnegotiator website you can find Models of Commercial Agency Contracts in 8 languages.

In an ideal world you may think the agreement should be governed by the law of your country and disputes resolved in its courts. But this may not be possible or advisable. Firstly, in a country which requires agency agreements to be registered with a government department, it is sometimes mandatory that the agreement is governed by the law of that country. Secondly, if the agent has no assets in your country there may be little point in suing him there as you would have to get the judgment enforced in his own country – and that is likely to necessitate bringing the proceedings all over again.

Alternatively you might agree to a compromise where the law of your country applies to the agreement but disputes are resolved in the agent’s country by arbitration. In China, for example, there is an international arbitration centre, CIETAC, that could be used and whose arbitrators are from around the world.

When hiring a commercial agent in foreign markets be sure to spell out all the key terms and requirements in your agreement – territory, products, commission, initial period, targets, termination rights, etc. Don’t omit any important matters in the hope they will sort themselves out later. In Globalnegotiator website you can find models of international commercial agency contracts in several languages and also adapted to legal practices in some of the main countries.