Shareholders Agreement for a New Company or Startup: Template and Main Elements

25 March, 2019 Comments Off on Shareholders Agreement for a New Company or Startup: Template and Main Elements 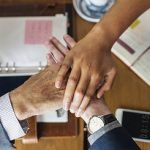 The Shareholders Agreement for a new company or startup is an agreement signed by the Shareholders whose purpose is to govern the internal relations within the company, as well as to establish the dispute resolution channels of any conflicts which may arise. Whereas a Shareholders’ Agreement may be executed at any given moment during the life of a company, the ... END_OF_DOCUMENT_TOKEN_TO_BE_REPLACED 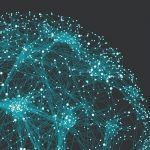 The Technology Transfer Agreement is increasingly used in technological cooperation strategies when the most innovative companies try to enter new markets. In this sense, technology transfer contracts (intellectual property rights or know-how, depending on whether the technology involved is registered or not) are expansion vehicles for companies that do not wish to make a direct investment in the country of ... END_OF_DOCUMENT_TOKEN_TO_BE_REPLACED

13 February, 2018 Comments Off on International Contract for Sale of Goods: 10 Key Clauses 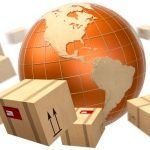 By definition, International Sales of Goods Contracts imply that the sellers and buyers are located in different countries. This presents and obvious potential for confusion, as most commercial law is country specific, reflecting national trade practices, values and public policy. However, some general advice is possible for several reasons. In first place, there are many similarities among the different bodies ... END_OF_DOCUMENT_TOKEN_TO_BE_REPLACED

The International Franchise Agreement is usually defined as a contract whereby the franchisor grants the franchisee (based in another country), in exchange for direct or indirect financial compensation, the right to exploit a package of industrial or intellectual property rights relating mainly to know-how and commercial symbols, and to receive continuing commercial or technical assistance for the duration of the ... END_OF_DOCUMENT_TOKEN_TO_BE_REPLACED

What is NCND Non-Circumvention & Non-Disclosure Agreement?

12 September, 2017 Comments Off on What is NCND Non-Circumvention & Non-Disclosure Agreement? 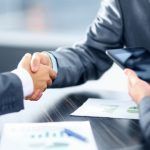 The NCND Non-Circumvention & Non-Disclosure Agreement is intended to protect the rights of occasional intermediaries in international trade that provide certain services:  promotion of business, making contacts with third parties, assistance in negotiating contracts and wishing to be protected against the risk of being “circumvented” by the other party (i.e., its client) and, consequently, not being paid the commission for ... END_OF_DOCUMENT_TOKEN_TO_BE_REPLACED

Translation of legal contracts: 10 reasons to hire a professional translator

26 May, 2017 Comments Off on Translation of legal contracts: 10 reasons to hire a professional translator

Eider Iturbe* English contracts are a key tool of negotiation used by international businesses, independent bilingual contractors, law firms and government bodies with international ties. We live in a time of globalization and a digital revolution that puts information at anyones fingertips, in real time, regardless of where they live in the world. This opens the door to new forms ... END_OF_DOCUMENT_TOKEN_TO_BE_REPLACED 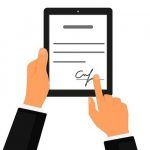 The dramatic increase in new technologies has made international software license agreements one of the most common forms of contracting in commercial relations in foreign markets. In this type of agreements, the software owner (Licensor) grants a person or company (Licensee) located in another country the right to use the software in exchange for economic remuneration. It is relevant to ... END_OF_DOCUMENT_TOKEN_TO_BE_REPLACED 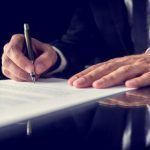 Before entering into an agreement with a commercial agent overseas, export companies need to have a model of International Comercial Agency Contract that regulates the relationship between the exporter (the “principal” in the contract) and the agent. When drafting and negotiating this type of contract template, companies must take into account the following: SPECIFY THE TERRITORY Before specifying the territory ... END_OF_DOCUMENT_TOKEN_TO_BE_REPLACED

30 May, 2016 Comments Off on International Construction Contract: Key clauses 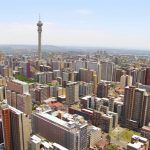 What is a turnkey contract? 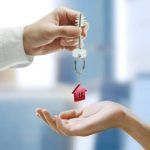 A Turnkey Contract is one under which the contractor is responsible for both the design and construction of a facility. The basic concept is that in a Turnkey Contract the contractor shall provide the works ready for use at the agreed price and by a fixed date. The reality is that the employer wants to be and should be actively ... END_OF_DOCUMENT_TOKEN_TO_BE_REPLACED