Posted by: Olegario Llamazares on 25 October, 2017 in International Contracts Comments Off on International Franchise Agreement: Key Elements and Types

The International Franchise Agreement is usually defined as a contract whereby the franchisor grants the franchisee (based in another country), in exchange for direct or indirect financial compensation, the right to exploit a package of industrial or intellectual property rights relating mainly to know-how and commercial symbols, and to receive continuing commercial or technical assistance for the duration of the contract.

The core elements of a franchise contract can be narrowed to the following components of the franchise relationship.

For both parties, a franchising agreement provides:
–     a system to resolve disputes, including the service of notice of defaults and opportunities to cure. 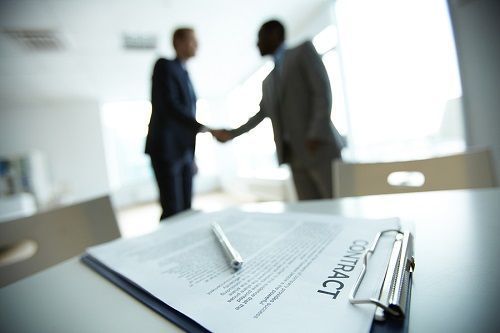 There are many possibilities for internationalization of a franchise system. The traditional approach consists in the franchisor creating a wholly owned company or in appointing a master franchisee in another country, which will organize a domestic franchising network. Another possibility is to directly appoint franchisees in another country. Four alternatives should be mention:

In this type of agreement the Franchisor grants to the Franchisee the exclusive power to distribute its products or services in establishments which are equivalently equipped and furnished, as well as the right to use Intellectual Property Rights (commercial signs, brands, trademarks etc.). It also provides the Know-How (Franchise Handbook), and the technical and commercial support for distribution to be carried out correctly.

This type of contract is usually used when the franchisor and the franchisee are in nearby countries. If the language of both countries is different, it is advisable to make bilingual versions (English-French, English-Spanish, English-German, etc.) to avoid misunderstandings in drafting and subsequent application of the contract. International Franchise Contracts (individual unit) in several languages can be found in the following links:

The last alternative for franchisors is to consider setting up in the target market either a subsidiary over they have control or a joint venture with a local partner with knowledge of the target market in order to share risks and expertise for the purpose of establishing and developing the Franchisor´s System. In a Joint Venture, the respective parties´ contribution may differ position by requiring the joint venture company to enter into a Master Franchise Agreement, and possibly also a trademark license, in respect of the trademark to be used in the franchise business. Joint Ventures and subsidiaries are entry forms to establish franchises in foreign markets used by many multinational companies in the fast food and fashion industries. This type of contract in several languages can be found in the following links:

Finally, it should be noted that when drafting an International Franchise Agreement the main objective is to achieve a fair balance between the interests of the franchisor and those of the franchisee, taking into account the core obligations of the contract.