Negotiating and Enforcing Contracts in China

Posted by: Olegario Llamazares on 10 April, 2015 in Emerging Markets, International Contracts Comments Off on Negotiating and Enforcing Contracts in China

When negotiating and enforcing contracts in China it is important to bear in mind that until a few years ago China did not have private companies or hardly any international lawyers firms. Consequently, the legal system and legal procedures and documents are considerably less developed than in the Western world. However, for companies trading in China, it is essential to use draft contracts to help in negotiations with Chinese companies and which can also provide legal certainty.

There is a belief that in China the agreements set out in contracts are often not complied with, and that the system does not provide sufficient legal guarantees; in this regard, it is widely thought that signing a contract is merely the start of the real negotiations. Therefore, it is essential for foreign companies to have Contracts Templates for China, in dual version (English-Chinese), to reduce the risk of conflicts as much as it is possible: Chinese business culture is based on harmony between the Parties.

THE MOST COMMONLY USED BUSINESS CONTRACTS IN CHINA

In commercial relations between foreign companies and Chinese companies, it is usually foreign companies which take the initiative in drawing up contracts, which, however, should be adapted to Chinese practice. The Chinese party will look at the draft contract brought by the foreign party and will renegotiate what it considers being the most important clauses.

The contracts most commonly used by foreign companies which do business in China are:

GUIDELINES FOR NEGOTIATING AND ENFORCING CONTRACTS IN CHINA

A contract which is efficient for regulating the relations between a foreign company and its Chinese partner will basically need to have three characteristics: clarity, compliance with obligations and threat of litigation.

One of the negotiation strategies used by the Chinese is to answer “yes” to everything, even if they have not really understood the question, or do not agree -and they sometimes blame their interpreters for possible misunderstandings-. To avoid these situations which will compromise compliance with the agreements, contracts must be simple and clear. It is also advisable to have a version in two languages, English and Chinese, which will help the Chinese Party to understand the contract. A clear and simple contract will allow the foreign company to know what it may realistically expect from the Chinese company.

Preference in compliance with obligations

China has become the world’s economic center and its companies have a lot of proposals to do business with foreign companies. This privileged situation allows them to negotiate and reach similar agreements with several foreign companies at the same time. A contract clearly specifying the Parties’ obligations and establishing a system of sanctions in the event of a breach of contract will be a competitive advantage for the foreign company. In other words, the Chinese company will honour its undertakings as a matter of priority with foreign companies with which it has signed contracts which are clearly expressed, compared to those with which it has not drawn up contracts, or with which it does have contracts but when these do not clearly specify the Parties’ obligations.

The Chinese political system is quite authoritarian, and in this regard, Chinese companies respect the law. On the other hand, it is important to take into account that in the annual Doing Business report carried out by the World Bank, China usually stands around the 20th position in the ranking (16 in 2012) of the 183 countries analyzed, in the section of “Enforcing Contracts”. Therefore, the threat of the foreign company of starting legal proceedings or using arbitration (depending on what has been stipulated in the contract) in the event of non-compliance by the Chinese Party will reinforce the negotiating position of the foreign company. 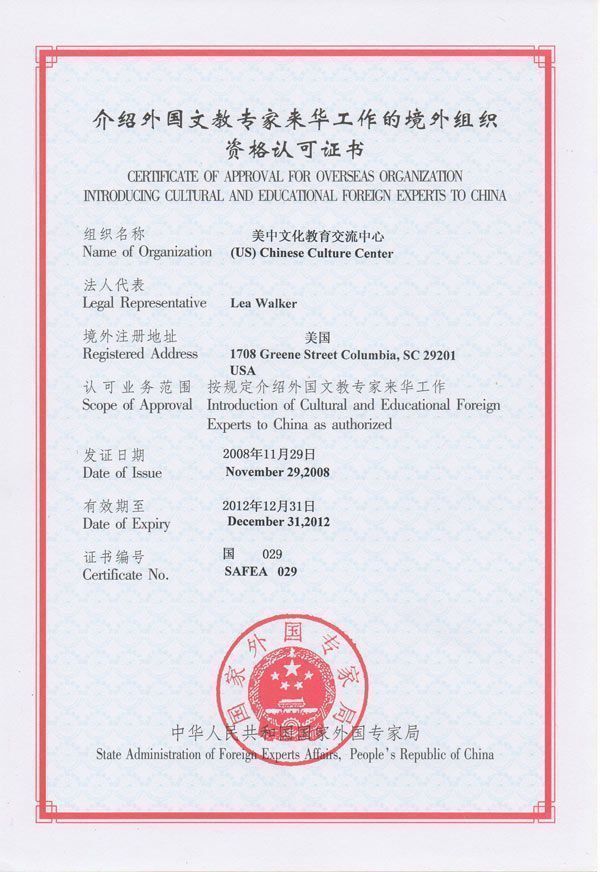 GUIDELINES FOR DRAWING UP THE MAIN CONTRACT CLAUSES IN CHINA

Having emphasized the usefulness for foreign companies of having clear and precise contracts to regulate their commercial relations with Chinese companies, we shall now analyze as follows the most important clauses and how they should be negotiated in accordance with Chinese commercial practices and laws.

Chinese companies, on the strength of their great negotiating power, often demand that the foreign company should grant them exclusivity in all – or part – of Chinese territory, for example in distribution or agency contracts. Foreign companies are advised, however, not to grant this exclusivity, because in addition to not being able to use other distribution channels, in the event of inefficient management by their Chinese partner, their access to the market would be suspended until the contract is terminated.

In any event, the thing to do is to make the exclusivity dependent on reaching a minimum sales target. If the Chinese partner were unable to meet such a target, the foreign company will be able to cancel the contract, or, alternatively, to continue but on a basis of non-exclusivity so that it might be able to distribute its products in the same territory through other companies.

This is an essential point in any contract with a Chinese company in light of the well-known difficulties faced by foreign companies in protecting intellectual property in China. A clause must be included whereby the Chinese partner acknowledges that these rights (patents, trademarks, designs, utility models) are the property of the foreign company, and also undertakes not to apply to register these rights in China or also in other countries. In any event, as well as including this clause in all contracts carried out in China, foreign companies are advised to seek legal advice regarding this matter and to consider the possibility of registering their Intellectual Property Rights in China.

It is important to include a clause in all contracts stating that the Chinese company shall not be entitled to disclose to third parties technical or commercial information of the foreign company or to use the aforesaid information for proposals other than those set out in the contract, during the validity of the contract or once it is terminated. In negotiating complex contracts (OEM Manufacturing, License, Joint Venture) which may include the supply of technical and commercial information, even before the signing of the contract, it is essential to sign a Confidentiality Agreement with the Chinese company, clearly specifying what confidential information is considered to be, in other words, what is called “List of Confidential Information”.

In China, the concept of quality differs from that which exists in the Western world. Therefore, companies which sign supply and manufacturing contracts in China must include a clause which exhaustively covers possible incidents or breaches which could arise in the quality of the products supplied. This clause must include matter such as the following, inter alia: permission to visit the Chinese manufacturer’s installations, sending of samples representing the products which are to be manufactured, inspections during the production process, etc.

Chinese laws regarding external trade and foreign investments are complex, and sometimes difficult to comply with by foreign companies, so that it is advisable that contracts include a Required Authorisations clause so that the Chinese Party shall be held responsible for requesting, processing and, lastly, obtaining all the necessary documents, such as licenses, certificates, import permits, etc.

In contracts with Chinese companies, it is important to clearly specify the place the goods are to be delivered. It will usually be a seaport which will have to be mentioned in the contract – if it is going to be the usual port – or in the shipment orders, as can happen in the supply and OEM manufacturing contracts.

As far as payment is concerned, the common practice is for the payment period (usually 30 days) to begin on the date the goods are inspected and approved in the port of origin, rather than on the shipping date or acceptance date of the goods at the destination.

Chinese law is less protectionist than in countries of the European Union or the United States when dealing with the right of compensation in the event of termination of the contract. Thus, in the Compensation Clause the foreign company is recommended to choose the option of compensation in accordance with Chinese laws.

In accordance with Chinese laws (PRC Civil Law), the Parties are allowed to choose the law and jurisdiction they wish to apply in contracts with foreign companies. This has been ratified in a Provision of the Popular Republic of China’s Supreme Court (Provisions of the Supreme People´s Court on Certain Issues Concerning the Application of Law for the Hearing of Foreign-Related Civil or Commercial Contractual Disputes – 8 August 2007).

Nevertheless, in commercial practices, Chinese companies refuse to sign contracts in which matters of litigation are not referred to the Courts or Arbitration Commissions of China. The questions of which procedure to choose will depend particularly on the power and influence of the Chinese Party and the prestige of the Court proposed by the Chinese company; as a general rule, it will be preferable to choose the alternative of Arbitration rather than the Court.

In contracts subject to Arbitration in China, it is advisable to act as follows:

In China, contracts are usually drawn up either in English or in a dual English-Chinese version. It is not common to sign contracts in other languages such as Spanish, French or German. For the version in Chinese, simplified Mandarin Chinese shall be used.

It is advisable to use the dual English-Chinese version as this will make it easier to negotiate the contract, and also help compliance with obligations and an amicable settlement in the event of conflict.

However, when using the English-Chinese dual version, the Chinese company would try to insist that the Chinese version prevails in the event of conflict.

For the Chinese, signing a contract with a foreign company is an important act which is given a certain degree of protocol and which is usually celebrated with a banquet. When contracts are especially relevant, a local authority or national representative of the foreign company (Ambassador, Consul, Commercial Attaché, etc.) is often invited.

Next to the signatures, the seal of each one of the companies should be stamped – this is because in accordance with Chinese law, contracts without a seal might be invalid.

Lastly, it is important to take into account that China is a huge country: each province has its own laws, rules and uses, which from the standpoint of business are just as important as national laws. In this regard, you are advised to seek assistance from professionals with local knowledge of the businesses, especially in operations with a certain degree of importance, which could give rise to conflicts with serious consequences for foreign companies.