The Union Customs Code (UCC) entered into force in its entirety in Europe on 1 May 2016. Its implementation will be completed at the end of 2020, when all the European Union (EU) countries have the required information systems. In the meantime, it will be supplemented by two Commission Delegated Regulations and a Commission Implementing Regulation.

It is designed to modernise, simplify and streamline customs rules and procedures, and enable a shift to a paperless/fully electronic environment, so as to:

Some of the most relevant changes in the UCC are set out below.

The current Single Administrative Document (SAD) shall be replaced by completely automated submissions, based in a “Dataset” aimed to create a Customs Common Database. Actually, the information content will be very similar to de SAD, still in force until end of 2019 when the information systems are scheduled to be fully implemented.

The oral declarations will be still operational for individual persons.

From now on, any economic operator can submit its own declarations without requiring Customs Agent. They can also appoint a Customs Representative through either of the two forms of representation:

A mayor innovation of UCC is that the Customs Representatives can be established anywhere within the Customs Territory of the European Unión and not only in the country of the company giving the proxy.

The AEO could be authorised for customs simplification (AEOC), security and safety (AEOS) or a combination of the two.

According to UCC, the current AEO authorization must be reevaluated. 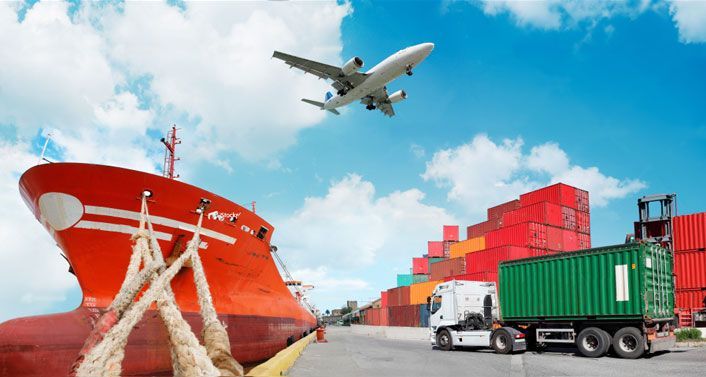 Some of the positive adjustments which should be made are the royalties and licence fees related to the goods being valued that the buyer must pay, either directly or indirectly, as a condition of sale of the goods being valued, even if they are not included in the price actually paid or payable.

Non-Union goods in temporary storage shall be placed under a customs procedure or re-exported within 90 days. Now the time was established in 20 days for good arriving by aircraft and 45 for the rest of the goods.

Now it is possible the Centralised clearance that is, a customs declaration for goods which are presented to customs at another customs office. In case of certain AEOs without requirement of previous authorization.

The customs procedures had been simplified as follows:

1. RELEASE FOR FREE CIRCULATION, shall confer on non-Union goods the customs status of Union goods after the collection of duties and other charges. After the payment of the local taxes such as VAT, the goods are released for consumption.

2.1.1 Internal transit. Union goods may be moved from one point to another within the customs territory of the Union, and pass through a country or territory outside that customs territory, without any change in their customs status. For instance, if the goods travel from Spain to Austria through Switzerland.

2.1.2 External transit. In this case non-Union goods may be moved from one point to another within the customs territory of the Union without being subject to import duties and other charges neither commercial policy measures. For instance, good entering from Holland, traveling through France and Spain to reach Marruecos.

Under a storage procedure, non-Union goods may be stored in the customs territory of the Union without being subject to import duties and other charges neither commercial policy measures.

There shall be no limit to the length of time goods may remain under a storage procedure. Nevertheless, in exceptional circumstances, the customs authorities may set a time-limit by which a storage procedure must be discharged in particular where the type and nature of the goods may, in the case of long-term storage, pose a threat to human, animal or plant health or to the environment.

2.2.1 Customs warehousing. Non-Union goods may be stored in premises or any other location authorised for that procedure by the customs authorities and under customs supervision.

A different concept is the “temporary storage”, meaning Non-Union goods stored temporary under customs control during the period between the presentation to the customs authorities and the placement under a customs procedure. Goods in temporary storage could only be warehoused in Temporary Storage Facilities (TSF), or when justified in other places designated or authorized by customs authorities.

2.2.2 Free zones [1] Member States may designate parts of the customs territory of the Union as free zones. The Member State shall determine the area covered and define the entry and exit points. According to UCC, these zones should be enclosed and under customs supervision. The construction of any building in a free zone shall require the prior approval of the customs authorities.. Subject to the customs legislation, any industrial, commercial or service activity shall be permitted in a free zone, with previous notification to the customs authorities. The good of a free zone could be exported or re-exported to third countries or included in the Union zone.

2.3.1 Temporary admission In this case, non-Union goods intended for re-export may be subject to specific use in the customs territory of the Union, with total or partial relief from import duty, other charges and commercial policy measures. For instance, non consumables imported for a trade exhibition or goods that enter in the Union territory to be repaired.

The customs authorities shall determine the period within which goods placed under the temporary admission procedure must be re-exported or placed under a subsequent customs procedure. Such period shall be long enough for the objective of authorized use to be achieved. In general the maximum period will be 24 months, that could be extended to 10 years under certain conditions.

2.3.2 End-use According to this procedure, goods may be released for free circulation under a duty exemption or at a reduced rate of duty on account of their specific use. The Customs authorities will supervise their compliance.

Where the goods are at a production stage which would allow economically the prescribed end-use only, the customs authorities may establish in the authorisation the conditions under which the goods shall be deemed to have been used for the purposes laid down for applying the duty exemption or reduced rate of duty.

Where goods are suitable for repeated use and the customs authorities consider it appropriate in order to avoid abuse, customs supervision shall continue for a period not exceeding two years after the date of their first use for the purposes laid down for applying the duty exemption or reduced rate of duty.

Whereas the guaranties were facultative, UCC consider them mandatory.

The rate of yield or average rate of yield shall be determined on the basis of the actual circumstances in which processing operations are, or are to be, carried out.

2.4.1 Inward processing: non-Union goods may be used in the customs territory of the Union in one or more processing operations without such goods being subject to import duties and other charges neither commercial policy measures.

The inward processing procedure may also be used for goods intended to undergo operations to ensure their compliance with technical requirements for their release for free circulation.

Upon application, the customs authorities may authorise some or all of the goods placed under the inward -processing procedure, or the processed products, to be temporarily re-exported for the purpose of further processing outside the customs territory of the Union.

2.4.2 Outward processing: Union goods may be temporarily exported from the customs territory of the Union in order to undergo processing operations. The processed products resulting from those goods may be released for free circulation with total or partial relief from import duty upon application by the holder of the authorisation. Outward processing shall not be allowed for goods the export of which gives rise to repayment or remission of import duty, or whose export gives rise to the granting of export refunds. Nor the goods that prior to export, were released for free circulation under a duty exemption or at a reduced rate of duty by virtue of their end-use, for as long as the purposes of such end-use have not been fulfilled, unless those goods have to undergo repair operations.

Under the Outward processing when the goods return to the Union territory the import duties are paid just for the valued added outside.

– Prior import of replacement products, substitutes of defective goods.

Union goods to be taken out of the customs territory of the Union.

The export procedure shall not apply to any of the following Union goods:

Non-Union goods to be taken out of the customs territory of the Union.

It shall not apply to any of the following goods:

Goods placed under customs warehousing or a processing procedure or in a free zone may undergo usual forms of handling intended to preserve them, improve their appearance or marketable quality or prepare them for distribution or resale.

The goods that had not been placed under customs procedure within the set time limit may have two options: destruction or abandoned to the State. 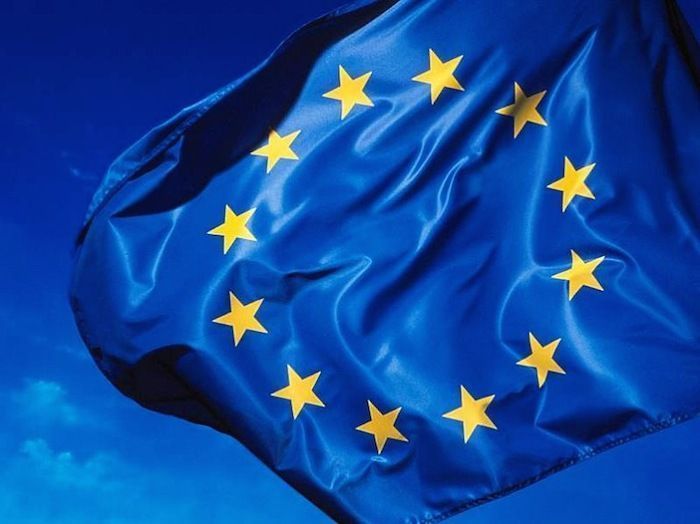 The guarantees used so far by the companies or customs representatives were retrieved as soon as the payment were made. There were no reductions. The guarantees may be increased by presentations of guarantors.

Formerly the deferment of 30 days should be guaranteed. According UCC, the reductions of the guarantees depends on the AEOs grade.

The UCC allows up to 99 guarantees within the Union Territory. AEOs could have guarantee exemptions up to 70% on existing debt and up to 100% on potential debt.

The guarantees could cover not only the duty payment but also VAT and excise duties.

The pre-departure declaration shall take the form of one of the following:

Goods brought into the customs territory of the Union shall be presented to customs immediately upon their arrival at the designated customs office or any other place designated or approved by the customs authorities or in the free zone.

The goods could be presented by the importer, its representative or the carrier by a customs declaration, temporary storage declaration or entry summary declaration.

A customs declaration may be lodged up to 30 days prior to the expected presentation of the goods to customs.

KEEPING OF DOCUMENTS AND OTHER INFORMATION

The person concerned shall, for the purposes of customs controls, keep the documents and information at least three years, by any means accessible by and acceptable to the customs authorities. Where a customs control in respect of a customs debt shows that the relevant entry in the accounts has to be corrected and the person concerned has been notified of this, the documents and information shall be kept for three years beyond the time-limit.

Where the customs debt is incurred as the result of an act which, at the time it was committed, was liable to give rise to criminal court proceedings, the three-year period laid down in paragraph 1 shall be extended to a period of a minimum of five years and a maximum of 10 years in accordance with national law. No customs debt shall be notified to the debtor after the expiry of a period of three years from the date on which the customs debt was incurred.

Binding Tariff Information (BTI) and Binding origin information (BOI) – Under the UCC the statutory validity period for a decision has been reduced from 6 years to 3 years.

In conclusion, the new Union Customs Code seeks collaboration of all the parties in the Customs operations in order to prevent fraud. All of the receive more flexibility and transparency in return. Furthermore, for the AEOs and Customs representatives the possibility to operate in the whole Union Territory enables them to recover easier the investment in adaptation to the new regulations.