Posted by: Olegario Llamazares on 3 December, 2015 in International Contracts Comments Off on Russian Business Contracts: Negotiating and Contract Law

Foreign companies which carry out Russian business contracts are obliged to know about not only the Russian Contract Law – which has similarities to a continental legal model – but also, above all, the most common practices used by Russian companies and executives when they negotiate contracts with foreign companies. In contracts entered into in Russia, companies should not look for elements of legal stability but rather view them as a way of reaching agreements in which the parties are clearly assigned their rights and obligations.

This article contains an outline of the legal system in the Russian Federation as well as the Contracts Templates used in Russia, offers readers a set of guidelines on how to negotiate and draw up the most important clauses referring to: the legal capacity of the parties, exclusivity, form of payment and currency, delivery conditions, quality control, confidentiality, applicable laws, arbitration, language and signatures.

THE LEGAL SYSTEM IN RUSSIA

As in most European countries, the Russian legal system is based on the Civil Code; and the country with which Russia has most in common in this sense is Germany. The core values of this system are the supremacy of the Law and the coding of the civil laws, as against judicial practice and customs, which are more typical of the Common Law systems found in English-speaking countries. Hence, foreign companies from countries in which a Common Law system is prevalent (such as the United Kingdom) should take into account the essential differences between these two legal systems.

Commercial transactions are governed by the Civil Code of the Russian Federation:

Pursuant to article 1,209 of the Civil Code, any international economic transaction where at least one of the parties is a foreign physical or legal person or entity, shall be subject, no matter where the transaction takes place, to the Laws of the Russian Federation

THE MOST COMMONLY USED COMMERCIAL CONTRACTS

In commercial relations between foreign companies and Russian companies, it is usually foreign companies which take the initiative in drawing up contracts, which, however, should be adapted to Russian practice and laws. The Russian party will look at the draft contract brought by the foreign party and will renegotiate what it considers being the most important clauses.

The contracts most commonly used by foreign companies which do business in Russia are: 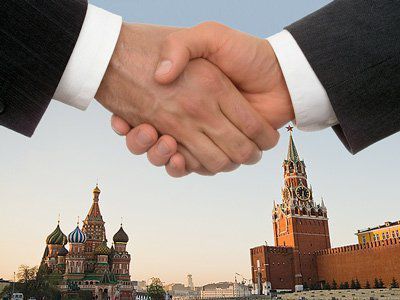 Now the most important aspects of the Russian legal system, and the draft contracts (or models) most commonly used by foreign companies which do business in Russia, have been described, the next section shall contain an analysis of the most important clauses and of how they should be negotiated in accordance with the laws and the commercial practices of the Russian Federation.

Legal standing of the parties

In distribution contracts, it is a common practice for Russian companies (especially larger importers and distributors) to demand the foreign company to grant it exclusivity for the entire territory of the Russian Federation and also for countries which form the Commonwealth of Independent States such as Azerbaijan, Armenia, Belarus, Kazakhstan or Moldova, in which large distribution companies have commercial networks. However, the foreign company is recommended not to grant exclusivity, at least during the first year, given that in addition to not being able to use other distribution channels, if the Russian distributor’s management was inefficient, access to the market would be blocked until the termination of the contract. In any event, the important thing is to set a minimum sales target and make this a condition for exclusivity. If the Russian partner failed to reach that target, the foreign company would be entitled to cancel the contract, although it may also continue, but not on a non-exclusive basis, in such a way that the foreign company might be able to distribute its products on the same territory through other companies.

In Agency contracts, however, the common practice is not to establish exclusivity. The foreign company can work with several agents in the Russian territory while at the same time the agent can act for several foreign companies, even for the same products.

Form of payment and currency

Due to the risks and difficulties faced by companies in collecting receivables in Russia, this is an essential clause, particularly in goods sale and supply contracts. Often the entire payment or at least part of it (30%) is made before the goods are delivered. Russian buyers are used to paying in advance and will not be surprised if foreign companies ask them to use these terms of payment. The rest of the amount will be paid by bank transfer when the goods are delivered. The letter of credit is only used in highly specific transactions due to the risks limits established by banking entities and international organizations (such as the OECD) for covering risks with Russia.

Russian companies are very used to operating in dollars though for them it is not a problem to use euros either. Companies are not recommended to enter into contracts in rubles because this currency is extremely volatile in comparison to the dollar and the euro. What is more, banks (except for certain German banks) do not offer exchange rate risk hedging services (insurance or options) for sales made in rubles.

Russian customs and internal logistics are complicated, so companies are recommended to deliver their products in the country of the foreign company or, at the most, at the import customs in Russia. Furthermore, experienced Russian import companies are used to collecting the products in their suppliers’ countries. Therefore, the delivery conditions clause should not be too complicated, unless the company has to negotiate with Russian companies which do not have experience in imports.

In sale, supply and distribution contracts, Incoterms are commonly used to establish delivery conditions. Taking into account what has been said in the above section, the Incoterms used most commonly to export to Russia are as follows:

Russian laws and customs have very strict controls on the quality of imported products. Health or safety products are often required to have a number of documents such as certificates of origin, analysis certificates, declaration of conformity, sanitary certificate, etc.

Due to these quality control requirements, it is a good idea to include a quality control clause in draft goods export contracts (sale, supply or distribution) which can be used to identify all quality control documents of the exported products which are going to be required at the import customs, and to establish which party is responsible for obtaining them. 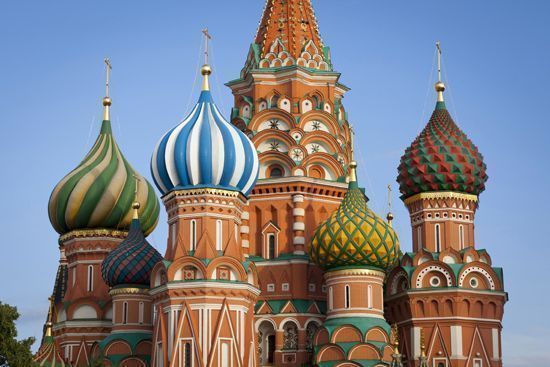 All contracts should include a clause whereby the Russian company undertakes not to disclose technical or commercial information of the foreign company to third parties nor to use such information for purposes other than those which are stipulated in the contract, during the period the contract is in force or once it is terminated. When negotiating complex contracts (License, Joint Venture) which may entail the supply of technical and commercial information, even before the contract itself is signed, companies are recommended to sign a Confidentiality Contract with the Russian company in which what is considered to be confidential information is clearly stated.

Subject to Russian legislation (Civil Code), the parties in contracts with foreign companies can themselves choose the law and jurisdiction of the country they wish to use in the contract. However, a problem exists concerning the recognition of rulings handed down by foreign courts. Rulings may only be recognized and executed if a treaty is in place between the Russian Federation and the country of the foreign company. Only in this case, therefore, would it be advisable for the contract to be subject to the laws and jurisdiction of the foreign country in question.

The Chamber of Commerce and Industry of Moscow is the most prestigious court of arbitration in Russia and examines economic disputes between Russian and foreign companies.  Outside Russia’s borders, the Arbitration Institute of the Stockholm Chamber of Commerce and the London Court  of International Arbitration are the best options, given that they are considered to be neutral courts for resolving disputes involving Russian companies.

In the Russian Federation, international contracts are usually drawn up in a dual English-Russian version and also in other versions such as Spanish-Russian, French-Russian or German-Russian. If potential conflicts which may arise are submitted to an International Court of Arbitration outside the Russian Federation, an English version will suffice.

Companies are recommended to use dual versions (particularly the English-Russian version) as this will be helpful in negotiating the contract per se, and also, aid compliance with obligations and be useful in reaching an amicable solution should a conflict arise.

In dual versions, a complete translation of the contract should be provided, plus there should also be a language clause to determine which of the two languages prevails if a dispute arises between the parties. In any event, you are recommended to provide a translation which is at complete and as faithful to the original as is possible, given that in accordance with the Arbitration Act of the Russian Federation, both languages are taken into account should conflicts arise between the parties. 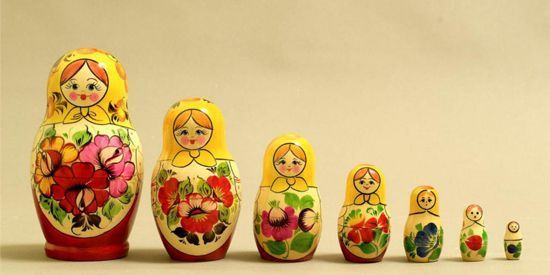 International contracts may be signed on behalf of the Russian company by two types of representative: first, the persons who are the company directors, who form part of the executive bodies and who, pursuant to applicable laws, represent the company through their position; and second, representatives who act through powers of attorney.

Branches and representation offices of companies and organizations are not considered to be legal entities; they operate on the basis of rules approved by the companies with legal standing to which they report. Hence, according to Russian laws, contracts signed by directors of branches and representation offices who do not have powers of attorney granted by the company to which they report are not considered to be valid.

To sum up, as far as drawing up and signing international contracts are concerned, commercial practices in the Russian Federation are fairly similar to those of other European countries, although some significant differences are evident (exclusivity, form of payment, delivery conditions, etc.) and should be taken into account accordingly. You are recommended to use contracts in a dual English-Russian version, and also, in other dual versions such as Spanish-Russian, French-Russian or German-Russian, as these will be helpful in negotiating the contract per se and also in ensuring compliance by the parties. 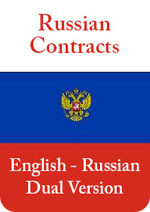