Keys to doing business in Angola

22 January, 2014 Comments Off on Keys to doing business in Angola 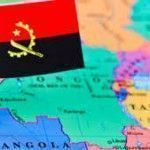 by Rafael de León* Angola has become one of the most interesting countries to do business in sub-Saharan Africa. Only 12 years ago, on February 22, 2002 , the assassination of Jonas Savimbi (Leader of UNITA, main opposition party) put an end to 27 years of civil war in Angola , ensuring the long-awaited peace and leaving a country in ... END_OF_DOCUMENT_TOKEN_TO_BE_REPLACED