You are here: Home » Tag Archives: contracts in USA

Contracts in the United States: Drafting and Negotiation

30 March, 2016 Comments Off on Contracts in the United States: Drafting and Negotiation 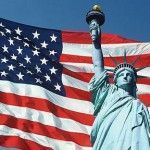 Foreign companies doing business in the United States often consider using the same contract templates as in other Western countries, especially those governed by the Common Law system, given that, due to historical and political ties between the USA and the United Kingdom, the American legal system is based on the British Common Law System. This article contains an outline ... END_OF_DOCUMENT_TOKEN_TO_BE_REPLACED