Keys to Negotiate in Iran

18 December, 2012 Comments Off on Keys to Negotiate in Iran 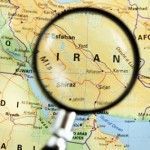 Despite its nuclear dispute with the western countries (especially with the United States) Iran is an economic power (No. 17 in the ranking of world GDP) with significant purchasing needs specially in industrial products. Here are some keys to negotiating with Iranian companies. Islamic religion in Iran (Shiites with a minority of Sunnis) plays a major role in society ... END_OF_DOCUMENT_TOKEN_TO_BE_REPLACED