You are here: Home » International Contracts » What is a trading company?
Descargar en PDF Download in PDF

What is a trading company? 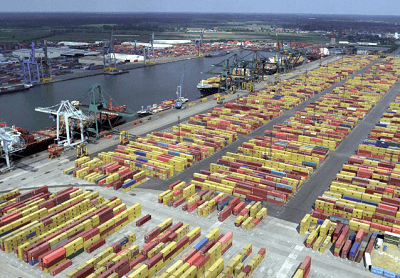 Trading companies  are specialists that cover all export and import operations and procedures. A trading company buy products in one country and sold them in different countries where it has its own distribution network. This kind of companies mostly work with high production volumes of products such as raw materials, chemicals, generic pharmaceuticals, etc.

The activities of a trading company include:

The origin of the trading companies dates back to the 17th century when the major European powers (United Kingdom, France, The Netherlands) formed companies to manage trade with its colonies. The first of these companies was the Dutch East India Company that is considered the first example of a multinational corporation in history and the first that issued capital divided into shares. Based in the Dutch city of Amsterdam controlled the spice trade between East and Europe through a fleet of about 5.000 vessels operating in ports of Indonesia, China, Taiwan or Persia. 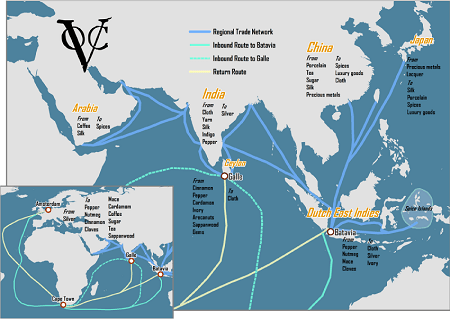 Today’s trading companies specialize in emerging countries in areas of Asia, Africa or Latin America. Its function is to identify competitive suppliers, negotiate and purchase their products and sell them through a distribution network in its country or neighboring countries. Examples of trading companies are the Saudi Bahrawi specialized in food and catering in Saudi Arabia and other Gulf countries or EmitBrasil, a Brazilian company specialized in the foreign trade of machinery and equipment for civil construction.

Japan is the country with the greatest presence of trading companies – called Sogo Shoshas – that control half of Japan’s exports and two-thirds of its imports. Sogo Shoshas First  import large volumes of raw materials and generic products that sell to distributors and manufacturers in Japan and besides act as international sales force of Japanese small and medium enterprises that are unable to reach foreign customers. They also act as managers of large consortium contracts (construction, transport), coordinating the activities of the companies involved with banks and logistics companies. The seven major Japanese trading companies have more than 1,000 sales offices in nearly 200 cities and employ more than 20,000 trade technicians who are specialized by sectors (machinery, chemicals, pharmaceuticals, etc..). Besides these big companies, there are other medium and small companies that can be located in the directory Ebiz.

Though trading companies, in a strict sense, purchase (import) products in some countries that resell (export) to others, in the world of international trade there are many other companies that called themselves trading companies but are rather brokers or intermediaries, i.e. do not buy the products but facilitate its sale by acting as intermediary between sellers and buyers and if successful charge a commission  (usually between 5% and 10%) of the products sold. There are thousands of companies and professionals doing this international trading activity. In the Global Trade Directory, there are over 3.500 international trade intermediaries classified by country and sector.

A trading company buy products in one country and sold them in different countries where it has its own distribution network.

From a contractual point of view the trading companies use four types of contracts: