The use of international arbitration is increasingly frequent due to the complexity of international operations, as well as the existence of multiple contracts and the plurality of parties. Therefore, it is important to take this aspect into account when drafting the dispute resolution clause, as well as when choosing the applicable arbitration rules.

Arbitration is a process of dispute resolution in which a neutral third party (arbitror) renders a decision after a hearing in which both parties have an opportunity to be heard. Arbitration may be voluntary or contractually required. The advantages of arbitration – as opposed to litigation – are neutrality, confidentiality, reduced costs, faster procedures and the arbitrator´s expertise. Internationally, the main arbitration body is the ICC International Chamber of Commerce. Other arbitration institutions include the London Court of International Arbitration, the International Center of Dispute Resolutions (ICDR) and the China International and Economic Trade Arbitration Commission (CIETAC).

With the upsurge in the complexity of international commercial transactions, which often involve multiple contracts, parties, jurisdictions and third parties, international arbitration has witnessed a growing pressure by its users for it to develop increasingly appropriate mechanisms in response to the disputes emerging from such transactions. One of these mechanisms is precisely the joinder of third parties, which is, broadly speaking, triggered when a third party, at its own initiative or at the request of a party to the arbitration, is authorized to participate within a pending arbitration. 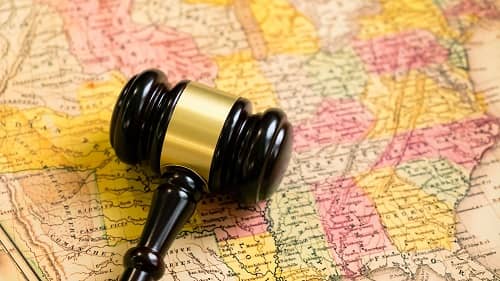 In the context of proceedings taking place in national state courts, the existence of joinder mechanisms is common and well defined within the procedural law applicable, whereby the main characterizing features are:

Underlying these mechanisms in the state jurisdiction are reasons of efficiency and procedural economy, but also, above all, these mechanisms aim to avoid the risk of inconsistent or contradictory decisions arising from the existence of two or more separate proceedings discussing the same or related issues involving different parties. Essentially, its purpose is for the state court to be able to hand down a decision that definitively regulates the specific situation of all those interested (parties and/or third parties) relating to the subject matter in dispute.

In fact, in state jurisdiction, the court is a sovereign body, previously established and regulated. In contrast, in arbitration the legitimacy of the arbitral tribunal is based on the parties’ consent, expressed within the arbitration agreement, deciding to submit certain disputes to the decision of arbitrators they have chosen or which were chosen following previously agreed rules.

The consensual nature of arbitration is so striking that the idea of having third parties intervening in a pending procedure without their consent and/or without the consent of the parties thereof immediately appears to be in conflict with this structural principle of party autonomy inherent to arbitration.

In addition, the joinder of third parties in arbitration brings to light certain issues that may prove to be difficult to solve, such as those related to confidentiality, arbitrators’ appointment or certain concerns relating to an increase of the complexity, length and costs of the arbitration along with a potential increased risk of the arbitral award being challenged.

Thus, when facing complex multi-contract and multi-party international transactions, particular care must be given to the wording of the dispute resolution clause and to the choice of arbitration rules as it may prove to be useful to include provisions making third-party intervention more flexible.

In the following link can be found models of international contracts in which the arbitration clause for the resolution of controversies between the Parties is incorporated.

Share !
Previous: What is an export business plan?
Next: Incoterms 2020: transfer of ownership and payment risk